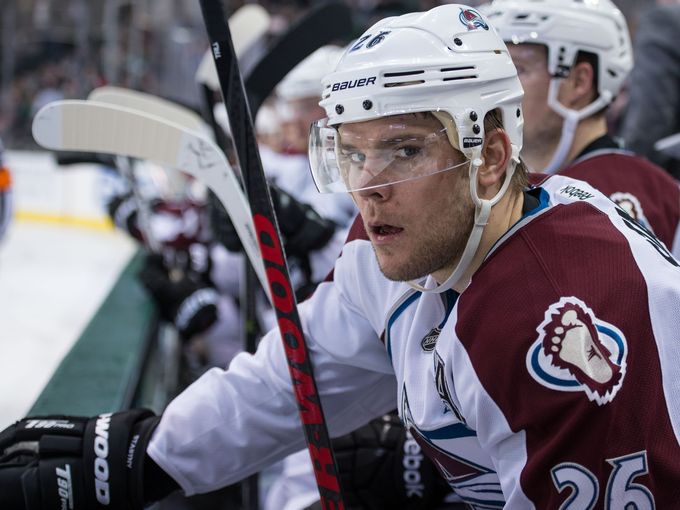 Stastny’s camp is not looking to talk, let alone negotiate, until June 20th. This is really only “bad” news for Colorado but not good news for the rest of the league.

The first time in his career he’s faced real free agency, Paul Stastny is looking for the biggest and best fit. His seven year carreer is glittered with consistent scoring output, generally successful international results, yet no Big Wins. 2013-14 was his most injurious season but his 4th highest offensive season, 60 points and a career-high of 25 goals. He’s seen as a leader on a young team where his advanced age of 28 makes him a “vet.” This is the time for the Big splash.

How in the world do you make “the Big splash” when you’re coming off a $6.6M AAV deal?

Outside of a “hometown discount” for the Avalanche, the only logical landing spot is the Blues. His ties to St. Louis are strong. His summer home is in the St. Louis area, his parents are back in St. Louis. You may have heard of his father, pioneering Czech forward Peter Stastny. The Blues are looking for primary and secondary scoring, something the active Stastny can provide. His offensive game is experiencing an upswing running parallel to the prime of his career. It’s not out of the realm of possibility he can return to the 70-point watermark where he started as a pro.

With Colorado, he’s had Ryan O’Reilly, PA Parenteau, Nathan MacKinnon, and Alex Tanguay on his wings. Colorado has it’s goaltending tandem entrenched for the foreseeable future. The most glaring fault in the Avalanche structure lies with the defensemen. “Rag-tag” and “patchwork” labels are beyond generous.

In St. Louis he’d have TJ Oshie, Alex Steen, and a bumper crop of young wings to align with. Many of them only half-step below the skill level of Nathan MacKinnon. The Blues have a solid blueline corps, but less than tested goaltending with Jake Allen headed to the big club full time.

Which team does he feel has a brighter future? Gut says he resigns with Colorado. He’ll get the term he wants with only a marginal decline in annual compensation, a hometown discount he’s willing to give. It will be easier to fit a top-3 defenseman in around Stastny’s new deal than to shoehorn Stastny and other additions around the St. Louis core.

He’s staying with the Avalanche.