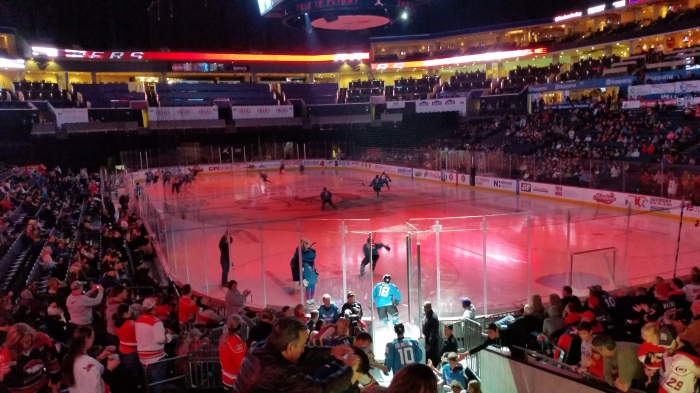 (Please don’t be alarmed, you are still reading an Islanders blog. In what is becoming a Thanksgiving tradition, my family and I took in a Charlotte Checkers game.)

The city of Charlotte has been buzzing with the return of the Hornets and the Checkers cashed in on the hype. Decked out in teal jerseys with purple trim and black shells over their standard red pants, the Checkers entered to loud and passionate chaos. The Hornets were well represented off-ice as well. Hugo The Hornet and the HoneyBees greeted fans on the concourse, while owners and front office members of the original Hornets came out for the ceremonial puck drop. Compared to last Thanksgiving’s promotionless game against the Toronto Marlies, it packed the house.

This is common in minor league sports. If you dress your team as Rebel pilots and Darth Vader, Batman and Joker, or disgraced Illinois politician Rod Blagojevich there’s a better chance getting a column in the paper. Marketing initiatives in minor league sports are built on such maneuvers.

For a cheap night out for a family of eight, it was very enjoyable. The Checkers won 5-4, the recap can be read here. The penalty shot goal was excellent, Milwaukee’s power play was magic, and the brawl was unnecessary. My $15 “Mystery Puck” was one signed by Greg Nemisz but was not a goal one that would have won me a Hornets Night jersey. Dang. Can’t complain.

With the boring words out of the way, enjoy some pictures of the night from my seat in Section 102 Row O(h). 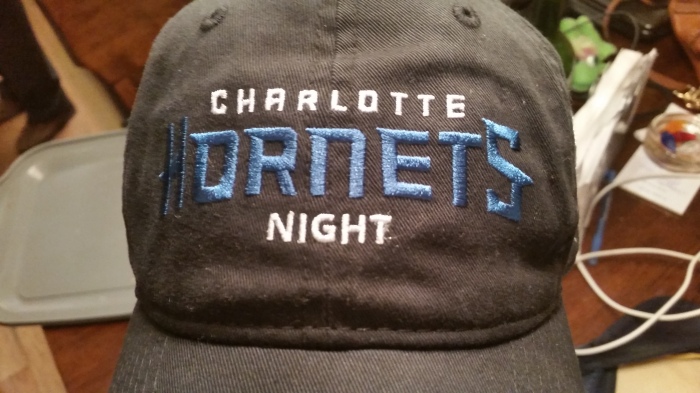 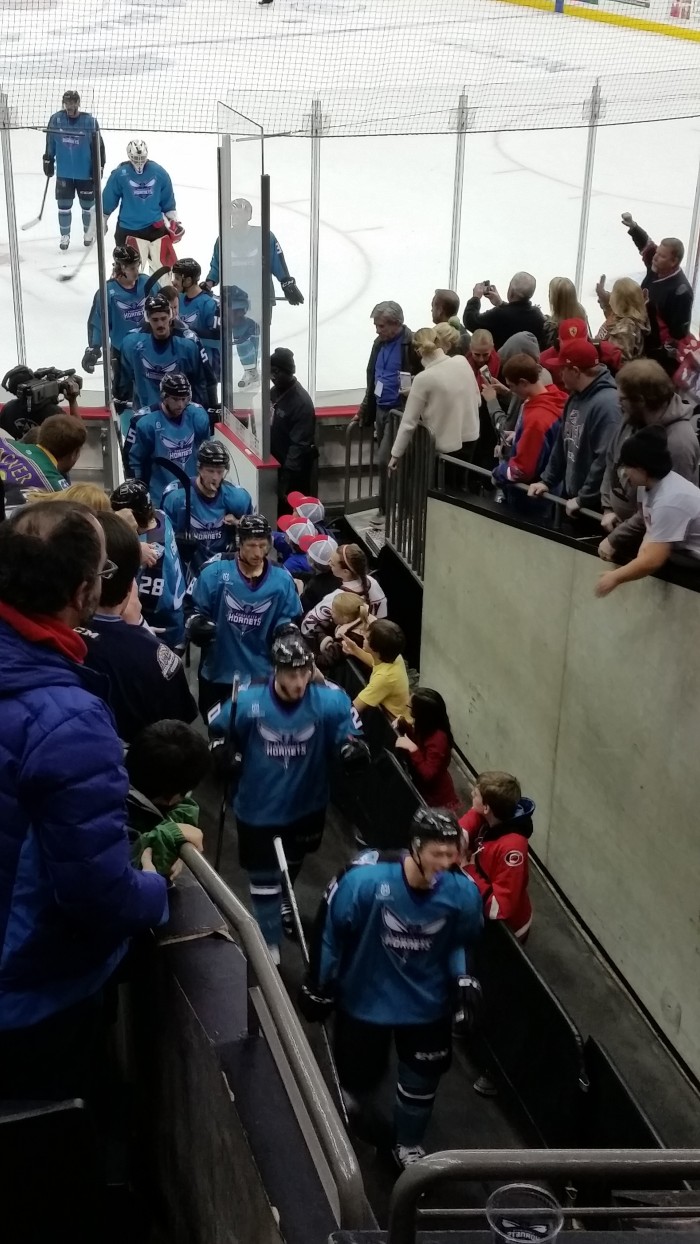 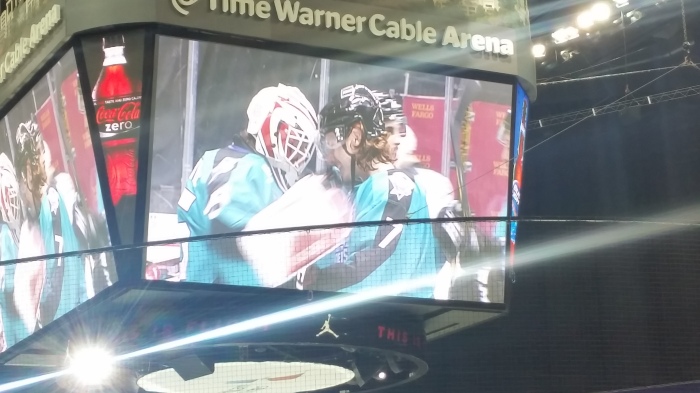 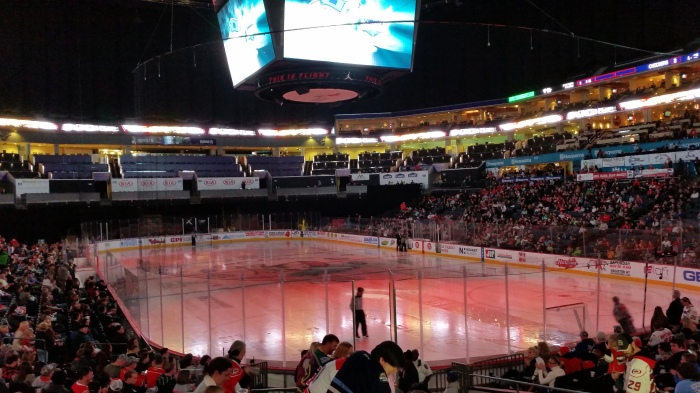 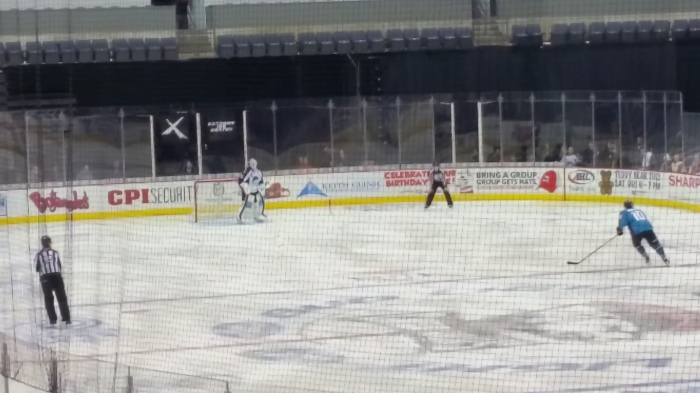 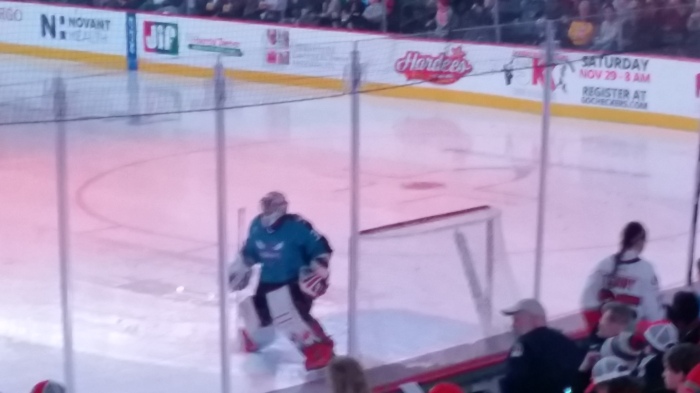