Right now, we’re all a little more grateful for the existence of You Tube.

Reading the Newsday headline caused a riotous surge of emotion, and reading the content elicited a much calmer, but still lowly feeling.

After 21 years as the proud, sobering, honest voice of the New York Islanders on your television, Howie Rose will not return to the MSG booth. Notice there’s no single season qualifier after that? Yeah. After a combined 40+ years broadcasting New York sports (when you are the full time broadcaster for two sports, with no break, there’s a Dog Years multiplier to that number) he is looking forward to an offseason, a time to rest and be with family. This sucks for those with the talkie box tuned to hockey but there’s no one more deserving of a break than Howie. He will continue on with the Mets from here on out, where travel is less rigorous and compensation is probably higher.

Rose said he realized there are people now in their 30s who have known no other Islanders play-by-play man, and consider him part of their fan experience — and lives. “I’m very flattered by that,” he said.

Yeah, I’m one of them. As far as I’m aware, cable television arrived in Trumbull, CT in 1998, and with that came Pro Beach Hockey and the Islanders. Nothing was remarkable about either entity until I left for college. Howie Rose, however, was the opposite even when he was trying to justify the existence of Robert Reichel, Jason Dawe, Jamie, Heward, Jamie, Rivers, Mike Watt, and Gino Odjick to house-bound agoraphobes. He found purpose in his words and in the situations before him.

There’s one Howie moment that makes a small part of me wish I was in my dorm room watching the game on TV, rather than from the 300’s of the Coliseum….BATES AGAINST JOSEPH!.

My god, that call.

We all bid Howie and the Roses peace now that he will be taking on a more subdued broadcasting life. Now we sit around and pity, vilify, and fling poo at MSG for the choice they didn’t realize they had to make, replace Howie Rose.

Idea (which could be misconstrued as. HOT TAEK, I get that): Replace them both.

With Howie now at Citi Field full time, send Butch Goring to the studio. Butch is the greatest at telling tangents pretending to be stories. His annihilation of surnames is grandfatherly. His knowledge and passion for the game and the team is unquestionable. Do you pair him with a new guy or “youngster” to ride out his term? No, it might not work to cross the generational bridge. Start over fresh and start over familiar.

Mears, the current NHL Live! host on NHLN, manned the Islanders radio booth from 2006-2009, so his voice on play-by-play would be familiar and comfortable to new and returning fans. At 36, he’s young enough that he will not be facing similar work/life schedules imbalances as Howie was staring down, yet he’s built himself an impressive broadcasting resume with the league and in some town in Pennsylvania.

DiPietro, the savior and scourge to many Isles fans, is basically Butchie from 30 years in the past. Quickly transitioning from playing career to MSG studio analyst, DP’s current spot doing drive time sports talk radio with old Isles friend Alan Hahn shows he can add insight and ad lib on a Goring-esque level. Add in that he’s not far removed from playing with a good portion of the current roster, and he’s armed with more stories than you can shake a hip at. Plus, those jackets. 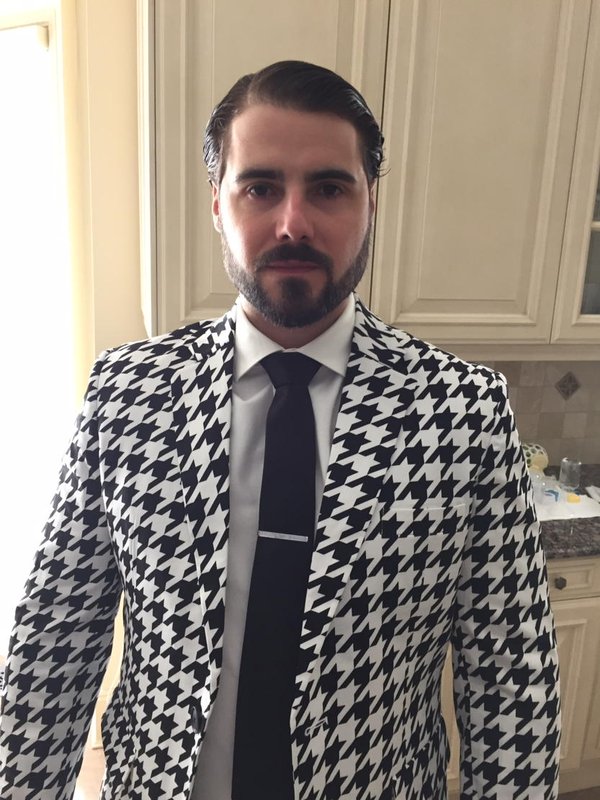 It’s a radical move, sure. It’s a bit of retread, sure. But instead of bringing in cold, foreign faces to set the table for an eager and growing television audience, having familiar and reliable faces is a smart move.

Put it in the books.